> COMUNICADOS > TO THE SALVADORAN SOCIETY AND THE INTERNATIONAL COMMUNITY 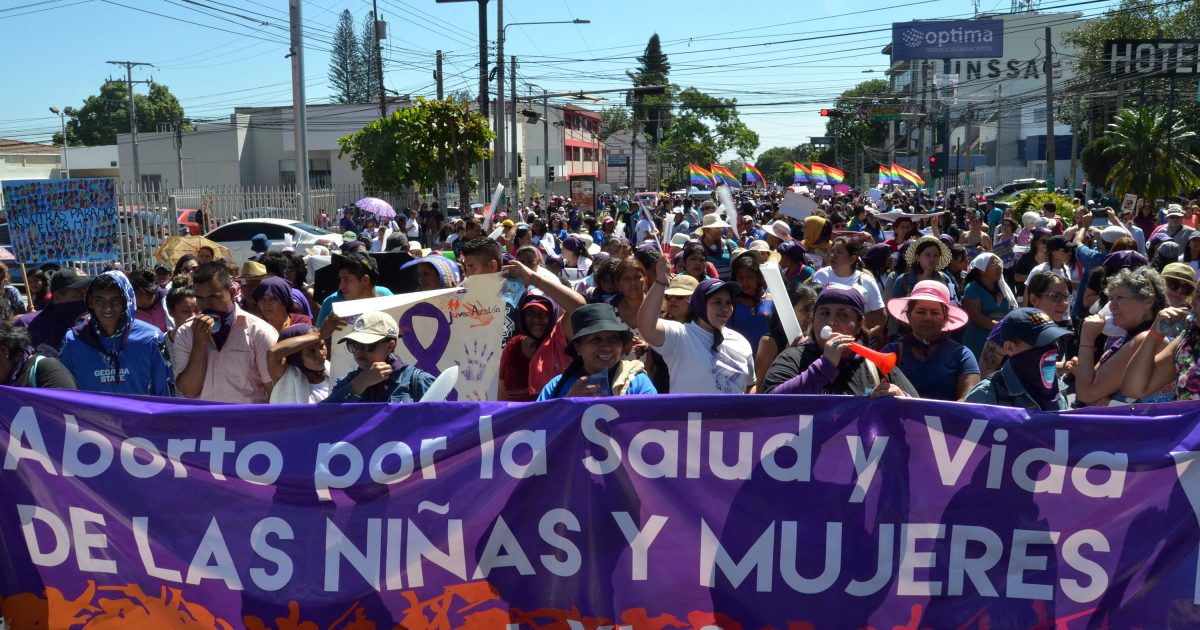 San Salvador, April 26, 2018. As the individuals and organizations that defend the right to health and life for girls, adolescents and women in El Salvador, we regret that the Legislative Assembly for the 2015-2018 period has failed Salvadoran women and families by not approving the inclusion of exceptions to the absolute ban on abortion.  That approval would have allowed for the termination of pregnancy when it put the health or life of the woman at risk, when the fetus could not survive outside the womb, or when the pregnancy was a result of sexual violence. Legislative

Representatives have failed to fulfill their obligations to guarantee the Constitutional right to health and life for girls and women.  The Assembly’s Committee on Legislation and Constitutional Issues received opinions from a variety of governmental institutions such as the Ministry of Health, Salvadoran Institute for the Development of Women (ISDEMU); from organizations of physicians and health workers; from human rights organizations, universities, and civil society organizations; as well as international bodies such as the Organization of American States, and the United Nations.  These international bodies recommended on several occasions that the country revise and modify its legislation on abortion. This input provided the documentation as well as the scientific and legal evidence that would have allowed for a serious, informed legislative debate. This legislative session ended without the Assembly assuming its responsibility to solve this problem.
In 2007 the Constitutional Branch of the Supreme Court, in resolution 18-98,, urged the Legislative Assembly to resolve the possible collision of constitutional rights between the pregnant woman and the nasciturus.  It established in this and other rulings, such as 22-2011, that in the Salvadoran legal system there are no absolute rights, and that this
should be reflected in secondary legislation such as the Penal Code and health regulations. Legislative representatives have not addressed these directives from the Constitutional branch of the Court. It is important to remember that before the reforms to the 1997 Penal Code, abortion was allowed under three circumstances. The proposals presented in the current legislature are only intended to re-establish the exceptions previously recognized and not the generalized legalization of abortion, as those who are opposed to this reform have tried to portray the situation.
Health authorities such as the Salvadoran Ministry of Health, the High Council on Public Health, and specialized entities such as the Salvadoran Association of Obstetrics and Gynecology have explained the difficulty of continuing to reduce mortality maternal in the country, because, according to data from 2017, 97% of these deaths were from preventable causes.  That is, many of them could have been avoided if the option of interrupting the pregnancy had existed at the time of the pregnancy. That fact that these deaths continue to occur is the responsibility of the current Legislative Assembly. The situation is even more serious if one takes into account that around 30% of pregnancies in the country are in girls and adolescents between 10 and 18 years old.  In 2016 the Ministry of Health registered an average of 55 pregnancies a day in girls and adolescents. The Institute of Forensic Medicine registered 1,844 girls and adolescents that same year who faced abuse and sexual violence, around five cases a day. In 80% of these cases the sexual violations were committed by a relative or acquaintance. It is necessary to bear in mind that this problem is of great proportions because when occurring in the family, many cases are not reported. The lack of legal reform of the Penal Code prevents girls and teenagers who are pregnant from having the right to opt to interrupt the pregnancy and continue with their life plans, including opportunities to continue their education, essential for their futures.
The current legislation criminalizing abortion also has consequences resulting from the inadequate application of justice for women who experience spontaneous abortions and obstetric complications.  Under the law personnel in public hospitals sometimes
file criminal charges against women who come seeking medical attention. Women are charged with abortion without sufficient investigation, violating her right to the presumption of innocence, and then convicting her of aggravated homicide with
disproportionate prison sentences of up to 30 and 40 years. This legislation also generates legal uncertainty among doctors and other health care providers when they need to be able to act according to scientific and medical criteria when facing high-risk pregnancies, without the fear of being prosecuted. Medical professional have addressed the Legislative Assembly numerous times demanding a change of this law. Their voices have not been heard either.

From the moment the absolute criminalization of abortion was approved in 1997, its undemocratic and anti-human rights character was clear. We who make up various civil society organizations believe that it was possible during the 2015 – 2018 legislature to debate and approve the reform to Article 133 of the Penal Code incorporating the exceptions mentioned above.  Civil society groups organized numerous forums with specialists in the fields of health, law, and religion, with experts in those fields, constitutionalists, and legislators from different countries in order to become familiar with the experiences, approaches and solutions in other societies, especially from Latin America. This effort generated a greater knowledge about this problem and facilitated dialogue among representatives of all political parties represented in the Legislative Assembly. Many of these parliamentarians have recognized the need for the decriminalization of abortion, especially in the case of pregnancies that put women’s health or lives at risk and in the face of pregnancies resulting from sexual violence against girls and adolescents. Due to electoral calculations, not all the legislators maintained their commitment to the goal of achieving fairer legislation.
Information has been provided in numerous social media and publications. Various media outlets have assumed responsibility by providing space for diverse specialists and social actors to express their points of view. In recent months, we have seen that in different national and international media, and international and social networks, that journalists, intellectuals, and generators of public opinion from diverse currents of political thought have spoken in favor of this reform. We see that Salvadoran society has changed its views and its way of approaching the need to have a law that goes beyond the absolute criminalization of abortion. We regret that this social change has not been taken into account by the current Legislative Assembly.

We express our appreciation to all the people, organizations and institutions that have contributed to make this change possible. In particular we recognize women’s organizations, national and international human rights organizations, the Association of Obstetricians and Gynecologists of El Salvador,   the Medical Union for the Health and Life of Women, religious people and churches that have supported this proposal,
journalists and the media, diplomatic representatives, the Organization of American States, and the United Nations in our country, as well as  to the legislative representatives who presented the bills and that have been maintained a firm commitment to girls and women through the end of this term.
The inability of the 2015-2018 legislature to take action leaves a pending debt for human rights of girls, adolescents and women and with the democratic construction in our country. This is a problem of public health and rights which affects the whole society and, therefore, must be resolved by the various governmental bodies. The absolute criminalization of abortion causes unnecessary risks and injustices that most affect the poorest women. Therefore, we reaffirm our civic commitment to achieve legislation and public policies that guarantee the rights to health, life and freedom for women, adolescents and girls.

Organizations who are signatories to this communique: 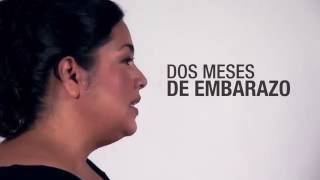